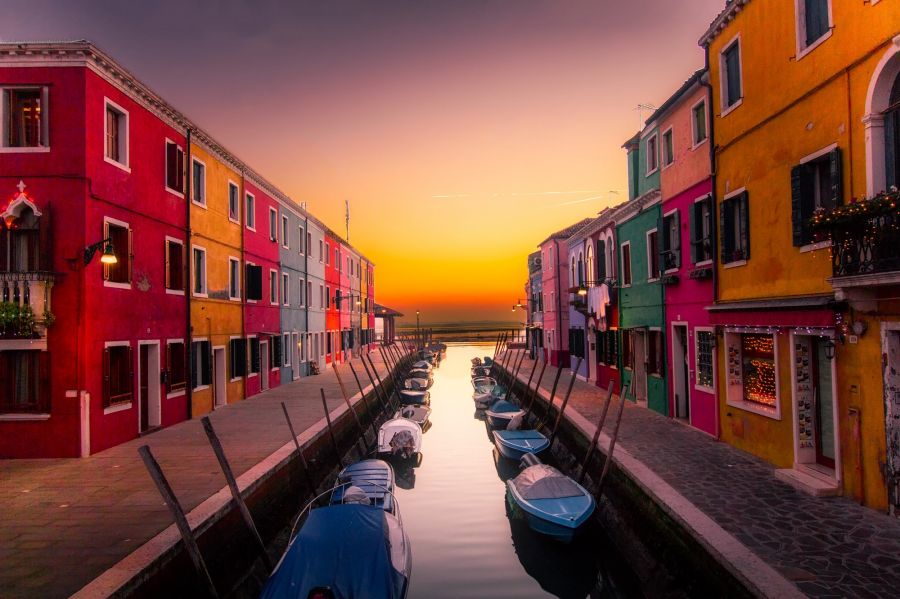 First Day
Second Day
Third Day
Fourth Day
Fifth Day
WELCOME TO FVG - UDINE
Arrival in FVG in the early afternoon. Meeting with the guide in Udine. Guided walk through the characteristic historical centre (the Castle Hill, Piazza Libertà, Mercato Vecchio, Piazza Matteotti etc.), then following the Tiepolo itinerary: works by Giovan Battista Tiepolo in the Cathedral and in the Oratorio della Purità, with frescoes also by his son Gian Domenico. At the end of the visit, accommodation in hotel (category 3/4 stars); dinner and overnight stay.
TRIESTE & MIRAMARE - THE CAPITAL OF COFFEE
After breakfast at the hotel, departure towards Trieste. Upon arrival, meeting with the qualified guide for the visit of the most international city of the region, suspended between a glorious past of "little Vienna on the sea" and a present of cosmopolitan city. In the morning, stop in one of Trieste's historic cafés for a coffee tasting. Lunch in a restaurant. In the afternoon, guided tour of Miramare Castle, built by Maximilian of Habsburg as a princely residence. The place is fairytale-like, not only because of the white towers that stand out against the sea but also because of the splendid park that surrounds it. Return to the hotel for dinner and overnight stay.
DAY THREE: GORIZIA, THE COLLIO & CIVIDALE - THE FINE WINES OF THE COLLIO
Breakfast at the hotel and departure towards Gorizia. On arrival, meeting with the qualified guide for the guided tour of the city. Gorizia is a city on a human scale, called at the time of Austria-Hungary the "Austrian Nice" for its climate and its parks; rich in Mitteleuropean traditions and flavours where two of the most important communication routes with Eastern Europe converge: the Isonzo Valley and the Vipacco Valley. We then continue along the scenic Wine Road through the DOC-Collio wine-growing area, known the world over for its excellent wines, until we reach a historic wine cellar in the area. Guided tour of the winery and guided walk through the park. Wine tasting with tasting of typical local products. Return to the hotel for lunch. Afternoon dedicated to a guided tour of Cividale del Friuli, UNESCO site since 2011 and leader of the "Italia Langobardorum" Project. Guided walk through the historical centre with a visit to the Cathedral and the famous Devil's Bridge. Return to the hotel. Dinner and overnight stay.
GRADO & AQUILEIA - THE WINES OF THE ROMANS
Breakfast at the hotel. Departure in the direction of Grado and meeting with the qualified guide. Built on a small inhabited area in Roman times and developed in the 5th century as a refuge for the inhabitants of Aquileia after the destruction of the city by the Huns. Guided walk through the historical centre where some splendid religious monuments stand out: the Basilica of Sant'Eufemia, which preserves beautiful floor mosaics inside, with the octagonal Baptistery next to it, the lapidary and the Basilica of Santa Maria delle Grazie, dating back to the 4th century. Then on to Aquileia for a guided tour of the main archaeological centre in northern Italy. It has been a UNESCO site since 1998 for the importance of its archaeological area and the beauty of the floor mosaics it contains. During the excursion visit/tasting in a wine cellar. Lunch in a restaurant. In the evening, return to the hotel for dinner and overnight stay.
GOODBYE IN FVG - THE ROAD OF CASTLES & SAN DANIELE
Breakfast at the hotel, check-out and meeting with the guide. Departure along the Strada dei Castelli e dei Sapori (Road of Castles and Flavours), a route that winds through rolling hills linking some of Friuli's most famous villages. Arrival in San Daniele del Friuli, famous all over the world for its ham, a unique product produced only here on the hills surrounding this town. Lunch Tasting of the famous DOCG ham. Departure then for the return journey to the places of origin. END OF SERVICES

DATES AND QUOTATION : ON REQUEST

Cookies help us deliver our services. Using these services, you agree to the use of cookies on our part.OkInformation